Welcome to the Smallbore section where we shoot 0.22LR calibre target rifles from the prone position. The Smallbore section has access to both outdoor ranges of 25yards, 50meters, 100yards and the floodlit 25yard range which is used for coaching by the Club Coach on Wednesday evenings. The outside Ranges are mostly used during the day at the weekends when members meet to shoot their competition cards, however by arrangement it can be used at any time there is enough light to safely see the targets by. 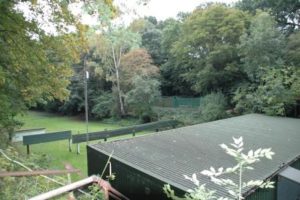 Members often compete in a number of national and local postal competitions, both in teams and as individuals.  In the team competitions, teams are usually made up of five members and seeded in a division based on the team average, similarly individuals are seeded based on their average scores. Competition cards for both team and individual events are provided pre stamped and submitted by post to a central scorer with the results and league positions being returned and posted on the scoreboards in the clubhouse. Medals are awarded based on the team or individuals final position in the respective leagues.

New or joining members are welcome, you will have to complete a six month probationary period during which time you will be expected to attend on a regular basis, receiving the pre requisite coaching from the Club Coach.

Prospective members wishing to join the Smallbore section should come along on a Wednesday evening from 8pm.

During this period all equipment, shooting jacket, scope, sling and shooting glove are supplied free of charge, although we find that after a couple of months most people start to buy their own equipment. Ammunition can be purchased for use at the club but must not be removed from the club premises.

While completing this probationary period, beginners are only allowed to use the Club Rifles, which are also free of charge.

Once basic instruction is completed the Club require ten 25yard cards to be shot, proving a degree of competency and accuracy, before using the outdoor range.  This has to be approved by the Club Coach.